Alas! Even in massive blockbusters, Nigeria is becoming more and more prominent.

Kunle Afolayan directed and produced the fantasy film Anikulapo. The movie is excellent in many respects; it manages to grip its audience from the opening scene and keeps them engaged all the way through to the final credits. 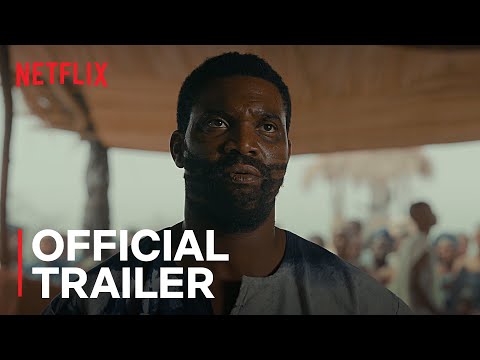 The following summary of the film should answer any questions you have about it.

Anikulapo is a Nigerian film that was produced by Kunle Afolayan and distributed on Netflix. It is an epic fantasy film. Bimbo Ademoye, Kae-Kazim, Sola Sobowale, and Taiwo Hassan are featured in the film. Filming for Anikulapo took place in Nigeria’s Oyo State, and according to Kunle Afolayan, the project is a Yoruba-inspired adaptation of the HBO series “Game of Thrones.” On September 30, 2022, Anikulapo was released for public consumption.

Anikulapo portrays the narrative of Saro, a traditional textile weaver who used the aso-ofi loom and technique. Saro, who was portrayed in the film by Kunle Remi, was a stranger when he arrived in Oyo. Queen Arolake is not attracted to the king, but she feels obligated to sleep with him as part of her role as queen, and this leads to an unhappy marriage and an illicit love affair between Saro and Arolake. The Queen is young and disinterested in the King’s undivided attention, but the King’s fondness causes conflict with the elder queens, who mistreat her. Over time, she develops feelings for Saro.

They hatch a plot to escape, but the king finds out about their affair and orders Saro’s execution. After being resurrected by the mythical Akala bird, Saro is given the name Anikulapo, which translates to “one that holds dead in his purse,” thanks to the cunning deeds of Arolake.

Despite Arolake’s best efforts, he begins to develop a romantic interest in other women as he gains a reputation in their new community of Ojumo. Hubris manifests itself in his ostentatious pride as he makes unreasonable requests of the locals in exchange for raising the dead. Arolake threatens his authority and abandons him after learning that Saro needs the king’s daughter to resurrect the king’s heir. As the film progresses, we see that Saro is unable to resuscitate the prince and that he is no longer in control of death.

Anikulapo is a production of Kunle Afolayan’s that was made in collaboration with Netflix. The film was produced by Jonathan Kovel, who also oversaw its filming in the newly opened KAP resort in Oyo State, which is located in a village. In addition, Eyiyemi Afolayan, Kunle Afolayan’s daughter, made an appearance in the film. BusinessDay referred to this as Eyiyemi Afolayan “joining family’s legacy” in their article on the news, given that their dynasty has a history of working in the film industry dating back to their first generation.

Because of its ability to alter one’s state of mind, the film is worth viewing more than once.

In any case, I hope you enjoy it.