Who is James Brown?

James Brown is a notorious Nigerian crossdresser who also acts, performs stand-up comedy, produces content, dances, and influences brands. He was born in Lagos State on February 22, 2000, and he spent his formative years in the neighborhood of Mushin. He goes by the name James Chukueze Obialor in real life. Many people and sources have confused James Brown for being gay; nevertheless, the young Nigerian has said on multiple occasions that he is in a relationship with a woman. James Brown was recently caught on film having sex with a woman who afterwards requested that the resulting footgate be taken off from the internet.

James Brown had stated that he was HIV positive, and that he had inherited the virus from his mother at birth. He amassed a large number of adherents and admirers, and he received financial support from a number of celebrities, including the well-known Nigerian crossdresser Bobrisky. James Brown capitalized on the spotlight and established himself as a notable figure on Instagram, where he has thousands of followers. James Brown eventually disclosed, roughly a year later, that he had just made the statement in order to help arrange his release from police custody.

In James Brown’s most recent images, he can be seen dressed as the mature guy that he is by donning a sweater over a pair of baggy slacks and white shoes. This transpired not long after his infamous footage with a lady, which had previously stoked controversy, became viral on social media. In spite of the fact that he maintained well-manicured nails, he dispensed with his customary wig and makeup in favor of going barefaced and sporting a blonde buzzcut.

James Brown was born into the family of Mr. Peter Obialor on the 22nd of February, 2000 in the state of Lagos, which is located in Nigeria. James Brown admitted that his relationship with his mother was not one of love and affection. He claimed that his mother had voiced misgivings after giving birth to him, and that she had not been a part of his life for around ten years. He explained that although though his mother is still alive, he does not consider her to be his mother because she did not bring him up. James Brown is of the Igbo ethnicity, but he grew up in Lagos, thus he is also proficient in the Yoruba language.

After allegedly being seen among 57 other suspected gay men who were arrested in a Lagos hotel in the year 2018, James Brown rose to prominence as a result of this incident. James Brown, on the other hand, has consistently disputed rumors that he is gay. He has stated that he is a dancer and that he was just in the club to dance and perform. After the video of his purported gay arrest interview from 2018 went viral, he gained a large following and became known by the nickname “They Didn’t Caught Me.” It was reported that he was 20 years old when he was arrested, but no one was sure about that.

There is no information that is available to the public about James Brown’s educational background; nonetheless, he has stated that he is now attending school in the United Kingdom.

James Brown became famous after a video of him claiming “They didn’t catch me” went viral and was viewed by millions of people around the world. However, the fact that he made a grammatical blunder led to a surge in his popularity throughout social media platforms. James Brown and 56 other men were detained in 2018 while celebrating a birthday at a hotel in Egbeda, Lagos. The individuals who were taken into custody were allegedly suspected of being homosexuals by the police.

As a means of expressing oneself without fear of being discovered. He made use of the adage “They didn’t caught me,” which was ultimately responsible for his rise to fame. Because it gained so much attention, famous American rapper 50 Cent shared it on his Instagram account after it went viral. James Brown also asserted, throughout the course of the interview, that he was HIV-positive. Subsequently, Brown refuted this assertion, indicating that he had merely stated this in order to elicit pity. On the other hand, James Brown and the others were brought before the court, but they were ultimately found not guilty.

James Brown, on the other hand, has managed to keep his name in the public eye by capitalizing on his popularity and has also reached a level of notoriety in Nigeria that is considered controversial. James Brown is a famous character who is known for stirring up controversy, and he is also a singer. In 2021, he released a single under the name “Hey Durlings.” He has been in a number of Nollywood movies as well as skits that can be found online. On the video-sharing website Tik Tok, James Brown has also been the subject of a number of memes.

It has also been announced that James Brown will be the subject of a documentary that will be produced by HBO, which is an American premium television network. He has written a book under his own name, so that’s another accomplishment. His first novel, titled “The Chronicles of an African Princess,” came out in 2021.

James Brown is of Igbo descent, which is a people that originates in Southeast Nigeria.

Peter Obialor is the father of James Brown. There is no information that is available to the public concerning James Brown’s mother.

James Brown has been successful in preventing the disclosure of information regarding his other siblings to the general public.

James Brown is undeniably a Christian, but his faith is not without its detractors.

The name of James Brown’s girlfriend remains unknown, despite his recent confession that he is dating someone.

James Brown does not have any children at this time. 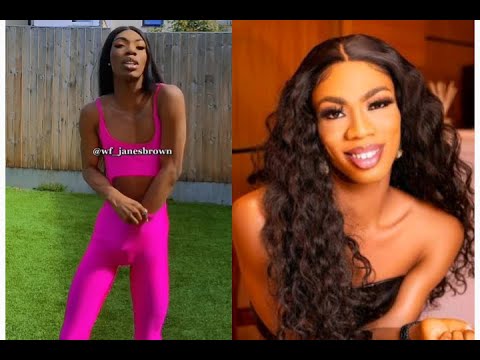 You can keep up with James Brown on social media by following him on Instagram and Twitter under the handle @wf_jamesbrown. James Brown is quite active online.

It is believed that James Brown has a net worth of $200,000 thanks to the endorsement deals he has signed, the video promotions he has participated in, the blog entries he has written, and YouTube.