Chidi Mokeme is a well-known name in the entertainment industry of Nigeria, both as an actor and as the host of many reality shows. His hometown is Oba, located in the Idemili South Local Government Area of Anambra State in South Eastern Nigeria. He was the host of the reality show titled Gulder Ultimate Search. Chidi Mokeme had a cameo appearance in the most current season of the popular Nigerian television show ‘Shanty Town.’ Later, he explained that he had Bell’s Palsy, which was the cause of his absence from the airwaves for some years. This was brought to the audience’s attention during his appearance on an episode of the Rubbin Minds programme on Channels Television. 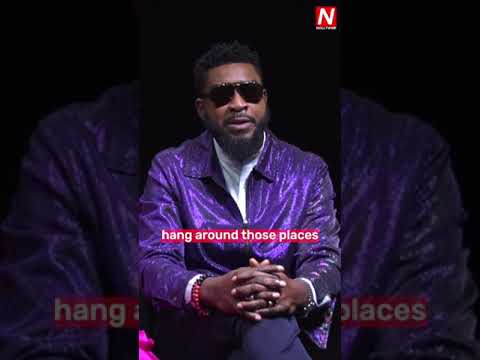 Chidi Mokeme is married to the extremely intelligent and gorgeous Jean Olumba Mokeme. The wedding took place on April 28, 2012, and they exchanged vows. Jean Olumba Mokeme is a doctor and pharmacist by training and has spent her entire life in the United States of America. Their son’s name is Noah Akachukwu Mokeme. The actor, who started a sex products business in 2009, also has a 17-year-old son. Emem Daniel Mokeme, his son, was raised by Adia Ukoyen and is now a teenager. Chidi Mokeme and Adia Ukoyen had a long-ago love child named Emem. Adia Ukoyen is a journalist who most recently worked as Godswill Obot Akpabio’s media adviser during his time as governor of Akwa Ibom.

Chidi Mokeme was able to learn about and engage with the traditions of Nigeria’s ethnic communities. As a result, Chidi is fluent in Hausa and Yoruba and his native Igbo tongue. Because of this ability, he is noticed as a man of many skills. He may have a predisposition for science, but acting has always been a huge passion of his, and the vast majority of his friends are artists. His birth date is March 17, 1972.

Chidi Mokeme received his primary education in Lagos at the Salvation Army Primary School in the Surulere neighbourhood. After attending Federal Government College in Minna, Niger State, he pursued his education at the Institute of Management and Technology (IMT) in Enugu, where he earned a Higher National Diploma in Computer Science.

Chidi Mokeme is widely recognised as a leading man in the Nigerian film industry, where he has been honoured with numerous “best dressed” and “most powerful actor” accolades. He has had multiple Best Actor and Best Supporting Actor award nominations and wins on both the national and international levels. Starting in the late 1980s and early 1990s, Chidi Mokeme gained some notoriety as a commercial and fashion model before switching to acting. After starring on the hit reality show The Gulder Ultimate Search (GUS) in 2004, his profile skyrocketed. Throughout its eleven-year run (2004–2014), the show was broadcast on MNET African Magic cable TV and syndicated to other networks. In the years after the conclusion of the series, Chidi Mokeme returned to the big screen, starring in a string of box office hits.

When it comes to Nollywood, the world’s second-largest film business, Chidi Mokeme is one of the most marketable actors. The movies in which he has starred have received rave reviews and had successful opening weekends. For his role as the villain in the period film ’76, which was the official country selection at The Toronto International Film Festival (TIFF’16), he received a record-breaking eight nominations at the African Movie Academy Awards (AMAA) and a record-breaking fourteen nominations at the African Magic Viewers Choice  Awards (AMVCA). At the 2021 ceremony in Los Angeles, California, he was honoured for his work in “Pillars of Africa” with Best Actor in an Independent Film award.

Actor Chidi Mokeme made his name in the early 1990s Nollywood dramas. Chidi Mokeme portrayed Monday Osunbor in the 2005 crime film Anini, in which he portrayed the infamous armed gang leader Anini. Raging Passion (2014) featured Chidi Mokeme in the lead role.  In this tale, a naive secretary’s cousin and fiance are having an affair behind her back, and she is severely betrayed. Her playboy employer, who has had a long-standing crush on her, takes advantage of her emotional state and begins a romantic relationship. Chidi Mokeme stars as the protagonist in Hitch (2015), a drama about a guy who, after losing his job, must resort to illegal means to pay for his sick son’s treatment.

At the 2016 Toronto International Film Festival (TIFF), Chidi Mokeme debuted as the antagonist Major Gomos in the historical drama fiction film ’76. The Izu Ojukwu film, which represented Nigeria at TIFF, ended up taking home the gold for best picture, best director, best actor, best actress, and more. A cast that included Chidi Mokeme also included Rita Dominic and Ramsey Nouah. In 2017, Chidi Mokeme reunited with Nollywood’s top actress Rita Dominic for the smash sequel Mr. & Mrs. 2. Pillars of Africa, released in 2019, featured Chidi Mokeme along with Hakeem Kae Kazeem of Hollywood’s elite. Famous performers like Sola Sobowale were in this film as well. After the film’s premiere in 2021, Chidi Mokeme received the “best actor in an independent film award” at the 2021 Hollywood and African Prestigious Awards. In the 2020 film “Akachi,” starring Chidi Mokeme as the protagonist Gozie, Mokeme chronicles the downfall of a once-promising young man. Charlton, a shattered yet attractive writer on the lookout for redemption, was played by Chidi Mokeme in the film Entangle. Rita Dominic and Toyin Abraham co-starred with Chidi Mokeme in the play The Therapist, directed by Kayode Kasum. In March 2021, the film was distributed to the public.

As Scar in Dimeji Ajibola’s 2021 film Shanty Town, Chidi Mokeme once again found success. The film included an all-star cast, Richard Mofe-Damijo, Nse Ikpe-Etim, Ini Edo, Sola Sobowale, and more. The movie is expected to be a huge success and will likely launch Chidi Mokeme into the spotlight as a major box office draw. In October 2021, Chidi Mokeme took a new direction in his career, moving into the job of producer and director. His first film as a filmmaker, “Bamboozler,” also stars Chidi Mokeme and will be released in the first quarter of 2022. Chidi Mokeme will act in the indie drama Half Heaven, which will begin filming in Douala, Cameroon, in January 2022. Chidi Mokeme will portray the role of a villain on the run from the law for a series of killings. Chidi Mokeme has been in the films Shanty Town, The Therapist, Entangle, Akachi, Mr & Mrs: Chapter Two, 76, Critical Condition, Critical Condition, Ultimate Warrior, Ultimate Warrior 2, Minority Tension, Who Will Tell the President, Who Will Tell the President 2, Boiling Point, Crime Planner, High Stake, Last Kobo, Saviour, Anini, Back Drop, Blood Battle, Abuja Connection, Fire Dancer, Omotara Johnson, and The Seed.

Chidi Mokeme is of Igbo ancestry from Southeast Nigeria.

The parents of Chidi Mokeme are Angelina and Geoffrey Azubuike Mokeme.

Chidi Mokeme adheres to the beliefs and practises of the Anglican form of Christianity.

It is estimated that Chidi Mokeme has a net worth of approximately 7 million dollars.