Who is Genevieve Nnaji?

Genevieve Nnaji is an actress, director, and producer from Nigeria. In 2005, she was the first actor to win an award from the Africa Movie Academy for Best Actress in a Leading Role. She was born on May 3, 1979. 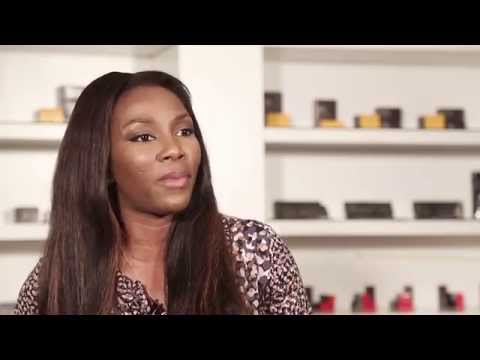 In recognition of her work in the Nigerian film industry, the government of Nigeria made her a Member of the Order of the Federal Republic in 2011. Her first feature film, Lionheart, is the first Nigerian film on Netflix and the country’s official Oscar entry. The majority of the film’s dialogue was in English. Hence it wasn’t accepted.

Genevieve Nnaji was born in Mbaise, Imo State, Nigeria; however, she spent most of her childhood in Lagos. She is the fourth of eight children born to an engineer father and a kindergarten teacher mother. Her family has a comfortable middle-class background.

Genevieve Nnaji attended both primary and secondary schools in the city of Lagos. The Methodist Girls College, Yaba and the University of Lagos both played significant roles in her education.

When she was just eight years old, Genevieve Nnaji made her acting debut in the hit drama series Ripples. She started in the Nigerian film industry when she was 19 years old in the 1998 film Most Wanted. Some of her subsequent movies include Last Party, Mark of the Beast, and Ijele. In 2010, she appeared in the critically acclaimed film Ijé: The Journey. She has been in more than 200 different Nollywood movies. Her first album, One Logologo Line, was released in 2004 after she acquired a recording contract with the Ghanaian record label EKB Records. This music is an amalgam of R&B, Hip-Hop, and Urban styles.

While several famous people were up for the 2004 role of Lux’s face, Genevieve Nnaji ended up with the most votes. When she took home the trophy for Best Actress in a Leading Role at the 2005 Africa Movie Academy Awards (AMAA), she made history as the first performer to do so. In 2009, actress Genevieve Nnaji earned a significant salary, making her a top earner in Nollywood. The 2001 City Peoples Awards, which had previously only recognised politicians and commercial corporations, honoured her with Best Actress for her work in the Nigerian film industry. In 2003, Genevieve Nnaji made history by becoming the first performer to win the Best Actress award from the Nigerian Censors Board.

Her first film as director, Lionheart, was purchased by Netflix on September 7, 2018, making it the first Nigerian film ever to be released as a Netflix original. In addition to Adewale Akinnuoye-Agbaje’s autobiographical directorial debut, Farming, in which she co-starred with Kate Beckinsale, Damson Idris, and Gugu Mbatha-Raw, this film also made its world premiere at the 2018 Toronto International Film Festival. Genevieve Nnaji appeared in a comedy named “Say It And Quench” on Ofego’s YouTube channel on May 6, 2021.

Genevieve Nnaji is an activist for women’s rights. She is a staunch supporter of giving women of Nigeria the right to determine who they wed. She strongly disagrees with the practice of arranging weddings between minors at an early age. When it comes to the mistreatment of women, she is entirely against it. Genevieve Nnaji says she is a committed advocate for equality and fairness. As a woman, she is also a staunch feminist. She says that individual choice and autonomy for women best characterise her kind of feminism. Among the brands, she has promoted Pronto (a beverage) and Omo (a laundry detergent). She signed a lucrative endorsement agreement with Lux in 2004 and became known as the “Face of Lux” in Nigeria.

Genevieve Nnaji was born to Benedatte and Theophilus Nnaji.

Genevieve Nnaji’s family hails from the Mbaise clan of Igboland.

Although Genevieve Nnaji is unmarried, there are rumours that she has a baby daddy.

Genevieve Nnaji has a net worth of $10 million at present.