Who is Lucas Hernandez?

Lucas Hernandez is a professional soccer player from France. He is a left- or centre-back who has played for Bayern Munich in the Bundesliga and the French national team. He was born on February 14, 1996, and his full name is Lucas Francois, Bernard Hernandez. His birthday is February 14. Early in his career, he played for Atlético Madrid, where he racked up over 100 competitive appearances and advanced to the 2016 Uefa Champions League Final. He also took home the Super Cup and the Europa League in 2018. He won a treble in his first season at Bayern, including the Bundesliga, the Dfb-Pokal, and the Champions League. Lucas Hernandez was a part of the victorious squad at the 2018 Fifa World Cup and the Uefa Euro 2020. 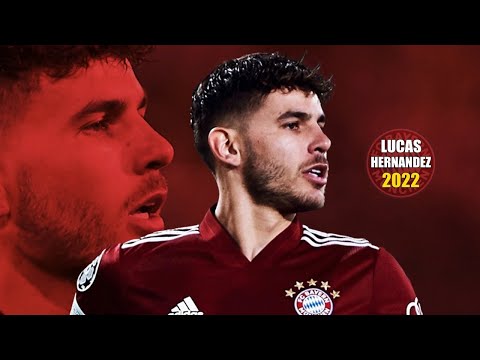 Lucas Hernandez was born on February 14, 1996, in Marseille, France. As of this moment, he is 26 years old. Jean-Francios Hernandez and Lawrence Py are the parents of Lucas Hernandez. It should be noted that Theo Hernandez is his younger brother.

Lucas Hernandez made his first team debut for the Atlético Madrid reserves on April 26, 2014, a 0-1 loss away to Real Sociedad B in Segunda División B. Even though the club only barely survived relegation thanks to his three further appearances, he signed a new deal in June that will keep him with the club until 2018. On December 3, 2014, Lucas Hernandez made his debut for the first team, playing the full 90 minutes of the Copa del Rey encounter against Ce L’Hospitalet. On December 21 2014, he made his debut in La Liga after replacing Guilherme Siqueira in the 82nd minute of a 4-1 road victory over Athletic Bilbao.

On August 10, 2015, Lucas Hernandez was promoted to the first team after extending his contract until 2019. On March 15, 2016, he made his Uefa Champions League debut as a substitute in the extra time of a round-of-sixteen match against PSV Eindhoven. He entered the game at the same time as the championship game, a shootout loss to rivals Real Madrid at the San Siro on May 28, 2015.

On August 6, 2016, Lucas Hernandez signed a contract extension that will keep him with Atlético until the end of June 2020. As the 2016-2017 season progressed, his role with Atlético grew. Lucas  Hernandez played in 22 games throughout the season. Twenty of the games saw him start for the team. Throughout the 2017-2018 season, he was crucial to the success of the squad. In total, he played 44 games for his team. In 2018, Atlético played in the final of the Uefa Europa League. Against the French squad, Marseille, he played the entire game. His first international trophy came after a 3-0 victory for Atlético.

On March 6, 2012, Lucas Hernandez earned his first senior national team cap by playing the complete match for France’s under-16 squad in a 1-1 friendly draw against Italy at Coverciano. After replacing Lucas Digne for the final 14 minutes of Paris’s 3-2 defeat over the former, he made his professional debut. In 2014, he was a part of the under-18 and under-19 squads. After a successful 2015 Uefa European Under-19 Championship campaign, he was named to the tournament’s All-Tournament Team.

The 2018 FIFA World Cup roster includes Lucas Hernandez. The manager for the French national team, Didier Deschamps, called up Lucas Hernandez to play in two March 2018 friendly matches against Colombia and Russia. He made his debut in the latter’s 2-3 loss in Paris, replacing Lucas Digne for the final 14 minutes. He debuted on June 16 and played 90 minutes of France’s 2-1 group stage win over Australia. He went on to participate in all seven of France’s matches en route to the title and started six of them.

Didier Deschamps called up Lucas Hernadez on October 20, 2021, before France’s Uefa Nations League semi-final match against Belgium. The two were later fielded in the 3-4-1-2 formation as a left centre-back and a left wingback, respectively, marking the first time the two had played together at the senior competitive level. France ultimately won the match, 3-2, thanks to a late goal from Theo. France took Lucas Hernandez, a forward, to the 2022 FIFA World Cup, and Hernandez was a member of the team.

Jean-Francios Hernandez and Lawrence Py are the parents of Lucas Hernandez.

Lucas Hernandez is a practising Christian.

Lucas Hernandez has a total net worth of $13 million.