Young M.A. is a famous American rap artist. Her full name is Katorah Kasanova Marrero, and her birthday is April 3, 1992. Her initials M.A. stand for “Me. Always,” which is also her stage name. Following the release of her top-20 Billboard Hot 100 and over 300 million YouTube views generating smash hit track “Ooouuu,” she shot to fame. Success with her first single earned her nominations for Artist of the Year and Female Hip-Hop Artist of the Year at both BET and MTV. Soon, she was appearing on the covers of periodicals. She has been featured in Google Pixel 2, Beats by Dre, and Pandora global advertising campaigns. 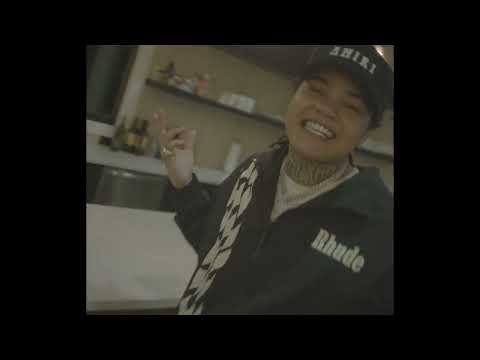 Young M.A. was born on April 3, 1992, in Brooklyn, New York. Her mom is from Jamaica, and her dad is from Puerto Rico. Her father went to jail when she was just a year old, and he stayed there until she was eleven. Young M.A. relied heavily on her mother and brother, Kenneth Marrero, while their father was away. Young M.A.’s brother Kenneth Marrero was murdered on September 26, 2009, by a person who had been a friend. Young M.A. missed a month of school because she was sad and depressed, and she later went to therapy to help her deal with the tragedy.

Sheepshead Bay High School, a now-closed public high school in Brooklyn, New York City, is where Young M.A. continued her education after elementary school. In 2016, the high school was shut down. Several high schools are now housed in what was formerly a high school and is now known as the Frank J. Macchiarola Educational Complex. No evidence suggests that Young M.A. has completed any post-secondary education.

Even as a kid, M.A. was hooked on music. When she decided to devote her adult life to music, she worked at Shake Shack and T.J. Maxx to save enough money to open a recording studio with local record producers. Like many male rappers, Young M.A. raps about sexual assault, gun violence, and the accumulation of material wealth and material possessions. A Facebook post criticising her 2014 song “Brooklyn Chiraq,” a freestyle to Nicki Minaj and G Herbo’s “ChiRaq,” led to the song’s rapid rise to fame. According to the post’s author, commentator Boyce Watkins, the music inspired “violent, negative, and genocidal energy.”

Despite this, the backlash brought new attention to Young M.A. and her music. MTV dubbed Young M.A.’s 2015 mixtape Sleep Walkin’ a “thoughtful comeback project,” and the song “Body Bag” was a “YouTube hit.” In 2016, Young M.A. released her first proper single, “Ooouuu,” which reached number 19 on the Billboard Hot 100 chart in the United States. Several other rappers and hip-hop artists, such as Remy Ma, French Montana, Nicki Minaj, Jadakiss, Uncle Murda, ASAP Ferg, Bryan Mathers, and Tink, released their remixes of the song in September 2016. They contributed to its nearly 7 million Spotify plays.

Young M.A. said that Lee Daniels approached her about playing “Betty Bars” on Empire in a 2016 interview with Rolling Stone. The character and role were created expressly for her. Still, she turned it down, opting to pursue a career in rapping on her terms and under her name rather than as a character. Young M.A. started the Kweenz Foundation. Helping folks in her East New York neighbourhood recover from the emotional toll of losing a loved one is the mission of the KWEENZ charity.

Kenneth Marrero, who was murdered in a stabbing, is a sibling of Young M.A.

Young M.A.’s heritage can be traced to Peurto Rice and Jamaica.

Young M.A. is a devout Christian.

Young M.A. has always been open about her sexuality in her songs. She admitted to the Breakfast Club that she had a crush on females since elementary school.

Young M.A. does not currently have any children of her own.